Sounding Out where the visual and musical meet

Sanell Aggenbach is an artist based in Cape Town whose work presents a haunting ambiguity, moving between the disciplines of painting, printmaking and sculpture. She deals primarily with the intersection of history and private narratives by considering the process of recall and interpretation. Her work is allusive and ethereal, much like her subjects. But despite their anonymity, her subjects retain a compelling intimacy — whether she is delving in satirical cultural exorcisms (‘Graceland’, 2009) or exploring intimate portraiture of archived negatives (‘Sub Rosa’, 2008). The overall emphasis relates to visual trickery and plays on subterranean elements. Aggenbach’s work has secured her many achievements including winning the 2003 Absa L’Atelier award. She is represented in numerous public and private collections, including Sasol, Absa, Spier, SABC, Red Bull (Austria) and Anglo Gold. Visit: http://www.sanellaggenbach.com 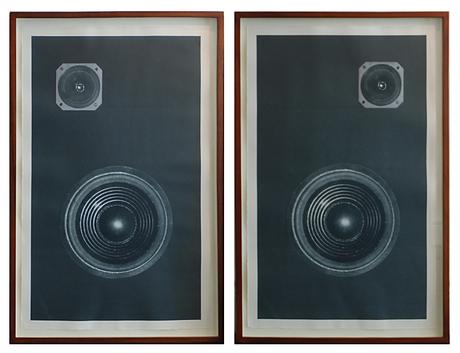 Lynette Bester completed a BAFA in 1999 and MA FA (Cum Laude) in 2002, both at the University of Stellenbosch. Since then she has held three solo exhibitions in Cape Town, namely: ‘Wholes Cut Out’ (2002), ‘The Cold Room’ and ‘Heart: Dimensions Variable’ (2005) at Blank Projects; and ‘Stalking The Familiar’ at the AVA (2010). She has also regularly exhibited on group shows. Bester has won various awards including double finalist for the Sasol New Signatures (2006) and Top Ten finalist for the ABSA L’Atelier (2007). Most recently, she was a finalist in the International Celeste Prize (2010) and exhibited her work as part of the award ceremony at Invisible Dog in New York (2011). Bester is since 2004 Head of Department of Theory at The Ruth Prowse School of Art in Woodstock, Cape Town. She has also held other lecturing positions, including part-time at Michaelis School of Fine Art, University of Cape Town (2005) and Sivuyile College, Guguletu (2002). 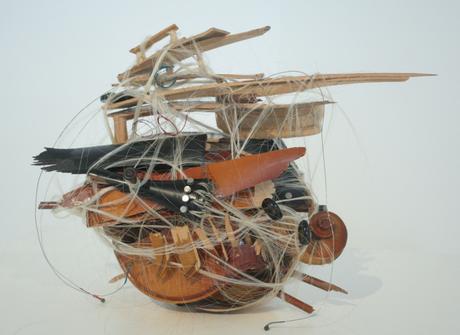 Brendon Bussy is sometimes called a sound artist but prefers the less threatening description ‘mandolin player’, or just the old-fashioned ‘composer’. When he’s designing odd sounding musical instruments or creating a live electronic soundtrack for theatre, however, the description ‘inventor’ is a good term. Bussy lives in Cape Town where he runs workshops showing people how to listen more carefully to their rich sonic environment and how to use that listening in their creative work. Visit: http://brendonbussy.wordpress.com 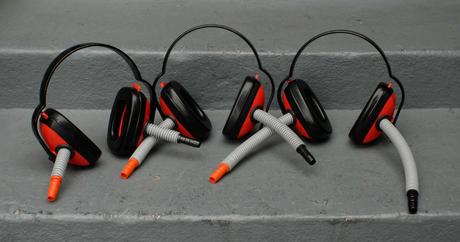 Gordon Froud has been actively involved in the South African and international art world as artist, educator, curator and gallerist for 30 years. Froud graduated with a BA (FA) Hons from the University of Witwatersrand in 1987, a Higher education Diploma from the same university in 1987 and a Master’s degree in sculpture from the University of Johannesburg in 2009, where he runs the sculpture department as a senior lecturer. Froud directed Gordart Gallery in Johannesburg from 2003 to 2009 where he showcased the work of new, up-and-coming artists. This year, he has taken on a site-specific artist residency in Plettenberg Bay, Cape Town. In addition, his work will be featured in a large exhibition on South African Sculpture in The Hague in May 2012.

Jared Ginsburg currently lives and works in Cape Town, South Africa and graduated with a BAFA from the Michaelis School of Fine Art (University of Cape Town) in 2010. He has since participated in various group shows and held his first solo exhibition titled ‘Hoist’ at Blank Projects, Cape Town in 2011. He is co-director of Research Art with Francis Burger and Josh Ginsburg. Jared collaborates with Josh Ginsburg for ‘Sounding Out’ on a performance intervention, Pose and Repose.

Josh Ginsburg (b. 1981) graduated with a Bachelor of Science in Electro-Mechanical Engineering (2003) and a Masters degree in Fine Art (2011) both from the University of Cape Town. Currently, he is co-director of Research Art, an experimental research agency, with Jared Ginsburg and Francis Burger. Josh lives and works in Cape Town, South Africa. Josh exhibits a video work Clap on ‘Sounding Out’ as well as collaborating with Jared Ginsburg on a performance intervention, Pose and Repose. 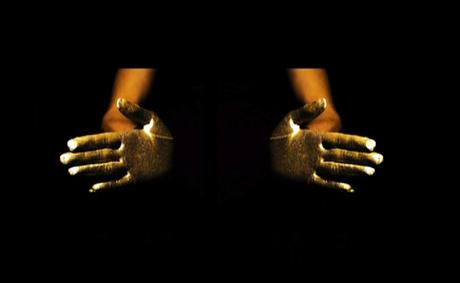 Nathan Jansen van Vuuren is a Johannesburg-based artist who paints, draws, and makes prints and sculptures. He searches the internet and media for source material. His painting process involves interpreting these images, using carefully built-up colour in a combination of glazes and layered paint. Van Vuuren thus creates an imagined personal world that mines its narratives from popular culture. His figurative works, usually in oil paint or watercolour, exhibit influences that range from Gustav Klimt to Egon Schiele, Pablo Picasso and Philip Guston to contemporary artists like George Condo and Dana Schutz. Nathan collaborates with Angie Mullins for ‘Sounding Out’ on a mixed media sound installation called Mass Effect. 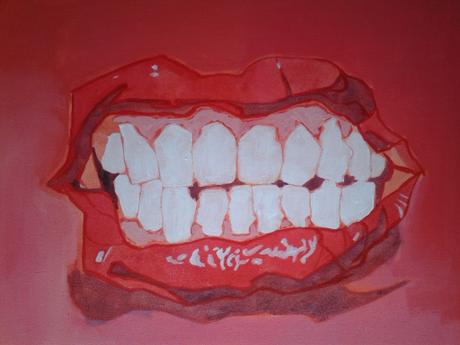 Malose ‘Kadromatt’ Malahlela is a Johannesburg-based creative practitioner equally interested in socially engaged art practices and the role the audience or community play in the creation and engagement of the work/ processes. His practice is best exemplified through notable projects including Nonwane (through Wits School of Arts/ Dislocating the Studio residency), Skaftien and Stokvel (Transnational Skype Keynote Address to the Allied Media Conference in Detroit, USA http://www.skaftien.org/). Malahlela has led two interactive talk-shops at the Department of Media Studies, University of the Witwatersrand, Johannesburg. He has a rich background in co-staging multi-disciplinary contemporary arts exhibitions and events at the Drill Hall linked to the context of the site (2008-12). In recent years, sound has been a constant feature within his work and this lead to his current exploration of sound as an emerging theatre for the ear. Malose is a co-founder and co-director of Keleketla! Library. 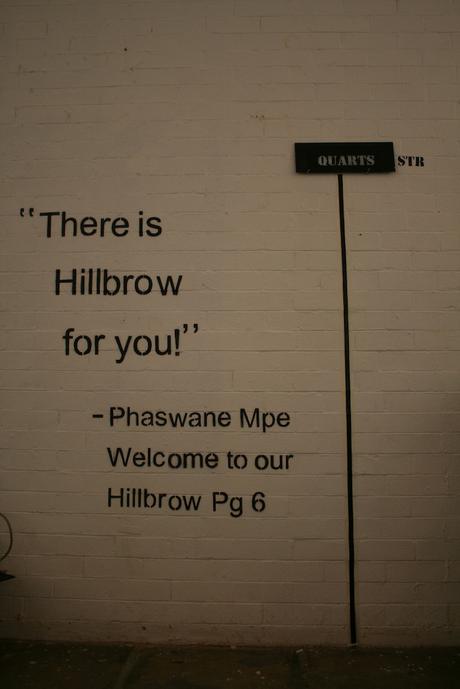 Keleketla! Library at the Substation

Angie Mullins is a Johannesburg-based composer whose music has been performed across four continents. Educated at the National School of the Arts and Wits University, Mullins received both her Bachelor of Music and Master of Music (Composition) degrees with distinction. She is a keen collaborator and has produced two large-scale multimedia projects – Vox Populi and SAGA 631– with video artist Eduardo Cachucho and has written for film and modern dance. Mullins has received numerous awards, most recently the PUK Chancellor’s Trust Prize for Composition 2010/ 2011. She is currently the president of NewMusicSA, the South African branch of the International Society for Contemporary Music. In 2007, she established and ran the Wits Contemporary Performance Ensemble, regularly mounting new music concerts. Angie collaborates with Nathan Jansen van Vuuren for ‘Sounding Out’ on a mixed media sound installation called Mass Effect.

Neo Muyanga is a composer/ librettist born in Soweto, Johannesburg, and is now resident in Cape Town. He writes music plays, pop music, and co-curates a live music intervention over the Internet called the Pan-African Space Station. Neo has recently returned to the practice of painting and picture-making after becoming inspired to invent new designs for a character that learns to fly in his latest production entitled ‘The Flower of Shembe’, a mythic operetta of faith and destiny. Visit: http://www.neosong.net 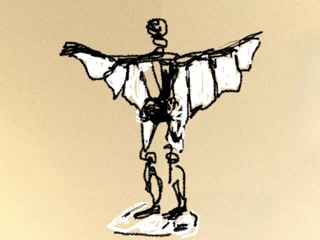 João Orecchia is an artist and musician focusing on alternative sound approaches. He has been exploring ideas of randomness and perceived meaning in composition using found sound and field recordings and creating graphic scores. Orecchia investigates the physicality of sound through experimentation and improvisation, seeking a balance between computer technology, handmade electronics and real-world sounds such as the human voice and traditional musical instruments. He performs in a large variety of situations, moving from band performances in the youth scenes to improvising with international greats such as Lukas Ligeti, Jill Richards (Johannesburg International Mozart Festival) and Joseph Suchy. Orecchia and Suchy last year inhabited David Krut’s Johannesburg gallery for a week with a living sound installation that shifted repeatedly in search of a “perfect” relationship with the space. Following a residency in Zürich, this network is constantly growing beyond the borders of South Africa. Orecchia’s discography spans songwriting, experimental music, improvisation and film and theatre soundtrack work. He also contributes heavily to the building of networks in alternative sound practice in Johannesburg by curating events that engage artists, musicians and public in a collaborative, experimental spatial relationship with the city. Invisible Cities fleetingly inhabits transitional spaces, creating momentary realities and exposing hidden layers of possibility for what life in Johannesburg might be like with a bit of imagination. Visit: http://www.joaoorecchia.com 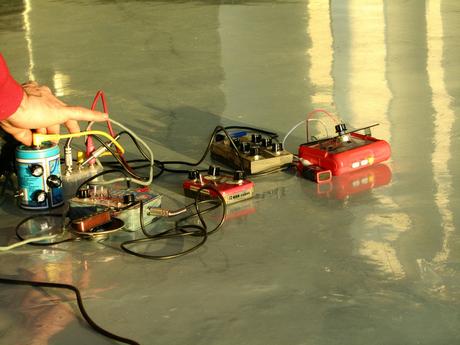 Jane Rademeyer has been involved in various forms of music and performance since she was four. Her favourite bits of work include: In the Air - a seven minute symphony for car horns (1997), which she wrote and conducted in a car park in Cape Town (to be reproduced in Johannesburg in 2012 for Motèl Mari’s album launch); working in Amsterdam with Dutch performance group Warner en Consorten (1999); making Lawaai (2000) – a city-sound chain reaction commissioned for the Cape Town Festival; her one-woman conceptual-sound called Njiebsk – found sounds from a week in a waiting room (Evita se Peron, 2000); various composed and live soundtracks for Cape Town’s Magnet Theatre (2000-2003); working with Willem Boshoff on his sonic reinvention of Kyk Afrikaans (2007); collaborating and/ or performing with various people from Felix Laband to Stoki, Joao Orecchia, The Graham Watkins Project, Jean-Louise Nel and Daniel Franks; narrating Brett Bailey’s Orfeus (RSA 2008, Holland/ Austria 2009, Germany 2011); soundtracks for Suzaan Heyns Couture fashion shows (vocals 2008 & 2009, full track 2012); and I think a Halo (Uncorp Records, 2008) – her first solo album, co-produced with Stoki and Andy Sherman (SAMA nominated in 2009). Jane keeps herself fed doing voice work, production work, writing and acting work for film, television and radio, and has recently discovered the joys of playing dungeon master and various characters in online gaming.

James Sey is a writer, art critic, cultural theorist and multimedia artist. His creative, academic and critical writings have appeared in many local and international journals, newspapers, magazines and books, including The Weekly Mail, The Mail and Guardian, The Sunday Independent, Timeout, The South African Journal of Psychology, The South African Journal of Musicology, and numerous others. His creative work has involved several large collaborative multimedia productions, involving elements of text, theatre, electronic music and film. In recent years, he has collaborated with James Webb on work in the field of experimental radio and has shown short films and installations on the subjects of time and motion, as well as apartheid eugenics and spatiality – particularly the space of the ‘black asylum’. He also recently co-curated the exhibition ‘Space, Ritual, Absence: Liminality in SA Visual Art’, at UJ’s FADA Gallery.

James Webb (b. 1975, Kimberley, South Africa) has been working on both large-scale installations in galleries and museums as well as unannounced interventions in public spaces since 2001. His work explores the nature of belief and dynamics of communication in our contemporary world, often using exoticism, displacement and humour to achieve these aims. He has participated in exhibitions including the 3rd Marrakech Biennale, the 2009 Melbourne International Arts Festival and the 9th Biennale d’Art Contemporain de Lyon. Webb is the subject of a “metrospective” survey show at the Johannesburg Art Gallery in July 2012 where he will combine his projects with a re-hang of the museum’s collection and create a special audio guide to the building itself.