Sounding Out where the visual and musical meet

“If you could characterise South Africa’s contemporary art production with a note, a series of notes, or chords, what form would it take? What might be the key and time signature for such? And is there anything singular about this?”

A panel of discussants from various discliplines that span music and visual art will give their individual responses, in whichever register they choose, to this question and more in a discussion forum on Saturday July 14 at the Bag Factory Artists’ Studios. This event forms part of ‘Sounding Out’, a group exhibition that opened on July 4. Everyone is welcome to attend to further explore some themes that run through the exhibition.

The panellists include: James Sey, a theorist, writer and artist; Svend Christensen, a violin and bow maker and restorer; Angie Mullins, a composer and musician; and Pauline Theart, an MA student in Interactive Media at University of the Witwatersrand. The panel discussion is chaired by James Sey and held in association with University of Johannesburg’s Research Centre: Visual Identities in Art and Design.

Svend Christensen started repairing and restoring violins in 2000 after great success with courses and workshops in France and Italy with some prolific makers. As word spread, the workload became more interesting as well as impossible to manage so long as he wished to have a life other than only violins. In April 2007, he thus started working with the Johannesburg Youth Orchestra Company to pilot a training project. It sought among other things to offer schools a place where their musical instruments could be favourably maintained to exacting standards. Svend operates his business from a custom-built studio in Kensington where he makes, restores and repairs violins, bows and other stringed instruments.

Angie Mullins is a Johannesburg-based composer whose music has been performed across four continents. Born in Johannesburg in 1985 and educated at the National School of the Arts and Wits University, Angie received both her B Mus and M Mus (Composition) degrees with distinction. Angie is a keen collaborator and has produced two large-scale multimedia projects – Vox Populi and SAGA 631– with video artist Eduardo Cachucho. She has also written for film and modern dance. She has received a number of awards including the CIT:Y Award for Music Composition (2008), the Abram and Olga Lipman Bursary (2008), the Kirby Medal for Best Music Student of 2007, the Oliver Taylor Scholarship for Composition (2007), and several others. In 2010, Angie was the runner up in the SAMRO Overseas Scholarship for Composers Competition and won the PUK Chancellor’s Trust Prize for Composition 2010/2011. Angie is passionate about promoting and developing new South African music. In 2007, she established and ran the Wits Contemporary Performance Ensemble, regularly mounting new music concerts. A total of 38 South African works were premiered during 2007-8. Angie is currently the president of NewMusicSA, the South African branch of the International Society for Contemporary Music.

James Sey is a writer, art critic, cultural theorist and multimedia artist. His creative, academic and critical writings have appeared in many local and international journals, newspapers, magazines and books, including The Weekly Mail, The Mail and Guardian, The Sunday Independent, Timeout, The South African Journal of Psychology, The South African Journal of Musicology, and numerous others. His creative work has involved several large collaborative multimedia productions, involving elements of text, theatre, electronic music and film. In recent years he has collaborated with James Webb on work in the field of experimental radio, and has shown short films and installations on the subjects of time and motion, as well as apartheid eugenics and spatiality – particularly the space of the ‘black asylum’. He also recently co-curated the exhibition ‘Space, Ritual, Absence: Liminality in SA Visual Art’, at UJ’s FADA Gallery.

Pauline Theart completed a BA Fine Arts at the University of Pretoria in 2006, followed by teaching English in South Korea in 2007, Arts and Culture teacher at Hoerskool Linden, Johannesburg, lecturer in film theory at the South African School of Motion Picture Medium and Live Performance (AFDA) in 2010 and is currently in the process of completing a Masters in Interactive Media at the University of the Witwatersrand, specialising in voice and song as a medium in sound art. Simultaneously completing her final year of classical voice training and assisting James Webb with his installation of ‘Prayer’ at the Johannesburg Art Gallery in 2012.

*Brendon Bussy will run a participatory public workshop Tracking Secret Sounds of the City on Saturday July 7 at the Bag Factory as part of the Sounding Out programme. Subtitled, “Finding and using useful sound”, Brendon says cities can be overwhelmingly noisy but not all that you hear can be easily harvested. Knowing what to hear, how to hear and how to use what you hear, are skills which need to be developed and practiced.

This workshop will explore a range of playful techniques aimed at improving listening skills, such as selective hearing and remembering sound (without electronic means). We will also engage with the conceptual skills needed for finding ways to use what we’ve discovered. And we will learn to use a few simple but useful tools such as sound maps, listening tubes and, depending on weather conditions, wind resonators (for tracking invisible sound sources).

To reserve your place in this workshop, please email sara@bagfactoryart.org.za or call the Bag Factory Artists’ Studios on 011 834 9181 before Monday 02 July 2012. There is a participation fee of R150.00 which must be paid upfront in order for your place at the workshop to be confirmed. 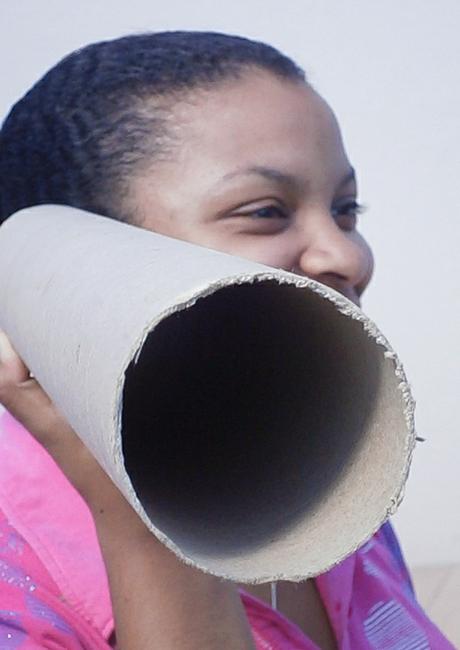 *Neo Muyanga’s The Flower of Shembe, a mini operetta about fate and destiny through the metaphor of flight, is coming to Johannesburg for two performances at the Dance Factory, on Friday July 6 & Saturday July 7. It made its Cape Town debut in May and its Johannesburg run coincides with the Sounding Out exhibition. Composer-librettist Muyanga exhibits on Sounding Out characterisation sketches made in preparation for his operetta. 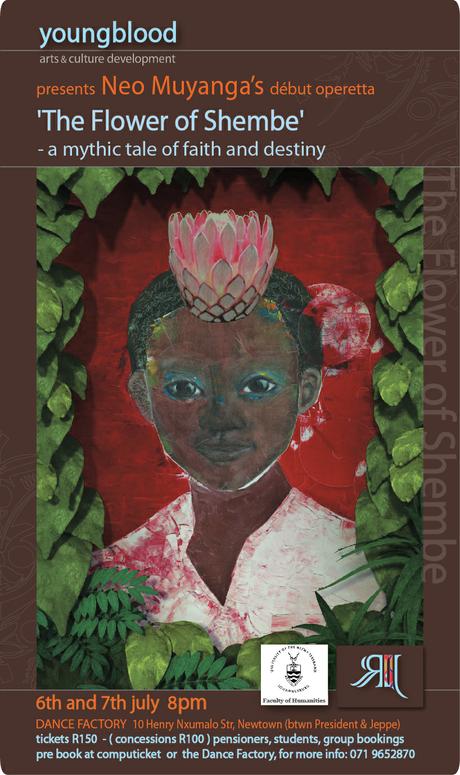